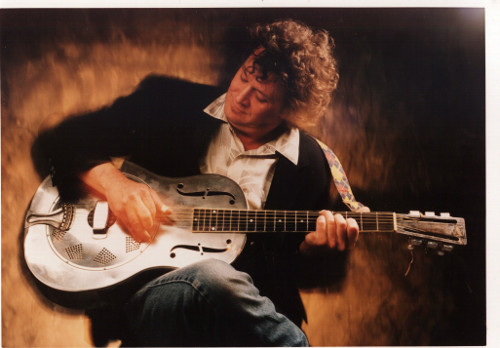 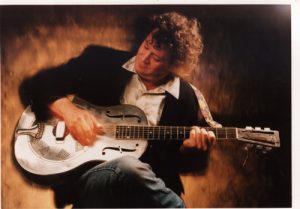 North Carolina native Mike “Lightnin’” Wells uses a dynamic style he’s developed over his thirty years to breathe new life into the vintage tunes of early twentieth-century America. Wells learned the harmonica at an early age and then using blues and folk recordings, taught himself the guitar. He toured and played with many of the original blues men and women of the Piedmont region of the Eastern United States, and developed a respect for their plight and the social reality of black Americans living in the Jim Crow South and post civil rights era. Lightnin’ remains an insatiable student and researcher, studying the various forms of American roots music from bygone eras. He plays a number of instruments besides the guitar including the harmonica, ukulele, mandolin, and banjo and he is an educator who has worked at many colleges, universities, music camps and has held a position as a board member with the Music Maker Relief Foundation.

Lightnin’ Wells travels to the Portland area in late December/early January for a handful of events.

On Sunday, January 7, Wells heads out to Newberg for a show at the Newberg Music Center, 514 E 1st St at 4:00 pm. Contact the venue for further information including admission.

Then on Saturday, January 13, Wells will be at the Portland Old-Time Gathering at the Tiffany Center, 1410 SW Morrison St. in the Crystal Room East on the second floor. He will be presenting a Ukulele Workshop from 12:00-12:50, then performing a concert from 7:00-7:50 pm.   For more information about this four-day event with multiple musicians, visit http://bubbaguitar.com /gathering/.