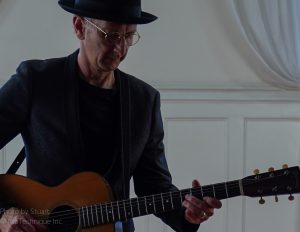 Hey CBA Friends, I’m very excited to announce my new album and release concert – with discounted tickets for CBA members! Confessin’ My Dues will be available worldwide March 1, 2019, and marks my second release with NiaSounds and 15th solo recording.

Drawing from the well of country blues to Coltrane, ragtime to Hendrix, Americana to American Primitivism, Confessin’ My Dues represents a lifetime of musical experiences and influences in 13 original compositions ranging from instrumental blues and ragtime fingerpicking to lyrical numbers backed by a powerhouse rhythm section.

Friday, March 8 at 9 p.m., join me at the Secret Society Ballroom for the Confessin’ My Dues release concert presented by NiaSounds and the CBA, where I will be joined onstage by renowned jazz musicians Gary Hobbs and Dave Captein, whose skillful playing is featured throughout the album, along with blues guitarist Adam Scramstad. CBA members can purchase advance tickets at a discount of $20 by using promo code CBA19. A limited number are available, so get your tickets today at secretsociety.net or terryrobb.com.

I hope to see you there! Best, Terry Robb