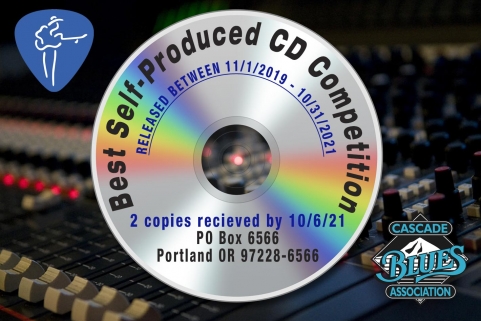 As part of the mission of the Blues Foundation to celebrate blues recording and to ensure the future of this uniquely American art form, it established an award for the Best Self-Produced CD, given out at the International Blues Challenge to recognize excellence in independent Blues recordings.

Judging will take place in three rounds. Judges will remain anonymous in order to protect them from outside influences and represent a cross-section of professionals from the blues radio and print industry. The final results will be announced at the finals of the 37th International Blues Challenge on Saturday, January 22, 2022 held at the historic Orpheum Theatre in Memphis, TN.️