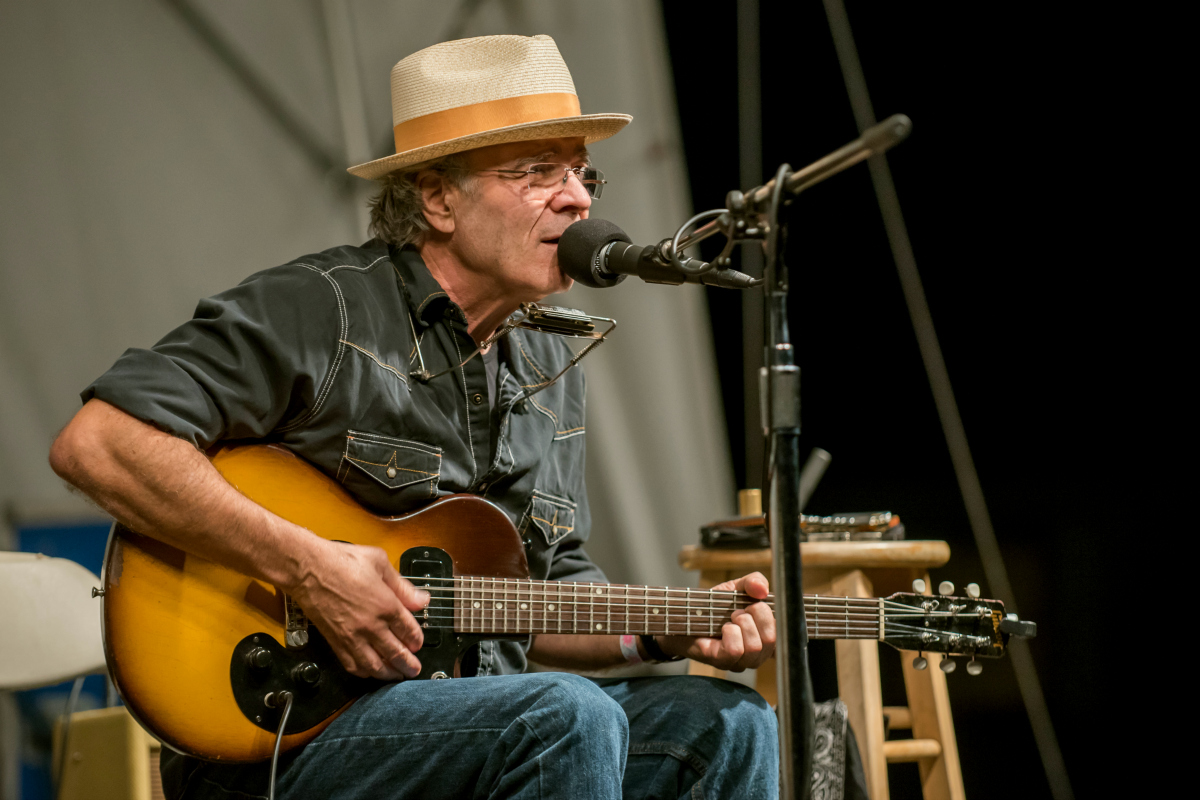 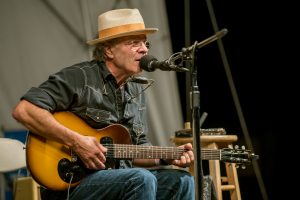 Ray Bonneville is a poet of the demimonde who didn’t write his first song until his early 40s, some 20 years after he started performing. But with a style that sometimes draws comparisons to JJ Cale and Daniel Lanois, this blues-influenced, New Orleans-inspired “song and groove man,” luckily found his rightful calling. Born in Quebec, his family moved to Boston when he was 12. He served a year in Vietnam as a Marine, struggled and overcame drug addiction, earned a pilot’s license in Colorado, then moved to Alaska, then Seattle, and Paris and New Orleans. But it took a close call while piloting a seaplane across the Canadian wilderness to make him decide it was time to get busy writing songs – gritty narratives inspired by a lifetime of hard-won knowledge set against his gritty, soulful guitar and harmonica playing.

He’s since earned many accolades, including a Juno Award for his 1999 album, Gust of Wind. His post-Katrina ode, “I Am the Big Easy,” earned the International Folk Alliance’s 2009 Song of the Year Award, and in 2012, Bonneville won the solo/duet category in the Blues Foundation’s International Blues Challenge.

An Austin resident since 2006, Bonneville still puts the rhythms and soul of New Orleans into much of his music as evident in his latest release Easy Gone. His songs carry a groove and momentum that’s uniquely his — and will always be a part of him, no matter where he roams.

Ray Bonneville will be coming to McMenamin’s White Eagle Saloon, 836 N Russell Street, on Thursday, August 17, for an 8:00 pm show. Tickets for this 21 & over performance are $15.00 and they can be purchased in advance at CascadeTickets.com.