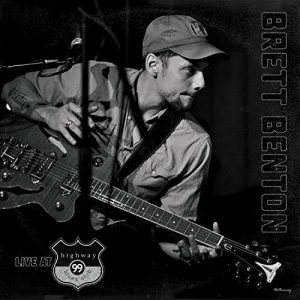 Brett Benton left his home in Florida back in 2016, making his way across the country to perform his blues. He eventually landed in Seattle where over the past year he has made a well regarded name for himself, claiming the Washington Blues Society’s BB Award for best acoustic artist and winning their regional competition for the International Blues Challenge taking him to Memphis this last January.

While raising money for his trip to Memphis, he opened a show for former IBC winner Selwyn Birchwood at Seattle’s famed Highway 99 Blues Club. That performance was preserved on disc and has now been released as a CD. Benton had joined forces with drummer Gordon Townsend and for those who like the hard-hitting sounds of Northwest band Hillstomp or the traditional Mississippi Hill Country music of Cedric Burnside and Lightnin’ Malcolm, then you’re going to want this disc right away.

The album is not too long, but that is more from the fact that it is an opening set for the live performance. But Benton and Townsend throw in a world of powerful sound in the six songs presented. The disc opens with Fred McDowell’s “Kokomo Blues” and also features another by

Mississippi master “”Shake ‘Em On Down.” Another Hill Country great, RL Burnside is represented with his “Miss Maybelle” and the Delta legend Robert Johnson’s “Preachin’ Blues” closes the disc. These are all pretty much standards when it comes to blues played in the style Benton does and they’re done absolutely with brilliance. But it is the original numbers of his, “I Got a .45” and “Hard Love,’ that truly showcase why Benton belongs in the same breath as those Mississippi Hill Country greats. You’d never realize that the flow between the tracks go from cover songs into originals and that says a lot for Brett Benton and Gordon Townsend’s live performance.

Live at Highway 99 Blues Club is a disc that gives a very nice hint of what we can expect in the future from Brett Benton. And that future should be bright. It’s a nice hello to the blues community in the Northwest and we’re all going to be happy he made that trek cross country. 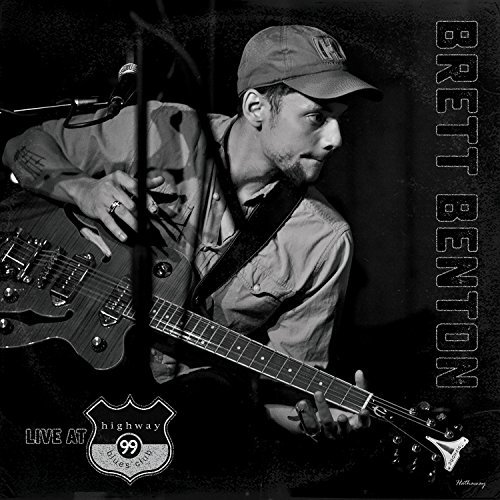