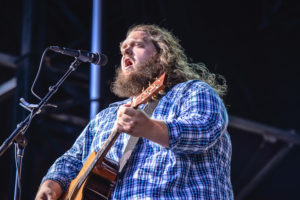 Canadian bluesman Matt Anderson has already made quite the name for himself winning the solo/duo competition in the International Blues Challenge in 2010, a European Blues Award for best solo artist in 2013 and numerous Maple Awards and Juno Awards (Canada’s own Blues Music Awards and Grammy equivalents respectively). Anderson is a stirringly soulful singer with powerful songs and a live band that cooks on stage, as captured on his most recent recording, Live at Olympic Hall.