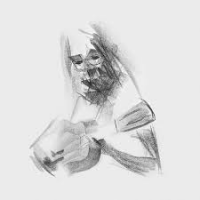 Minnesota-based fingerpicking guitarist returns with his thirteenth recording following a skateboarding accident that injured his shoulder so severely it required several pins and a metal plate to repair. Parr then had to reteach himself to play guitar. This self-titled album finds Parr not only showing his resurrection as a performer but also offering up new tunes, covering numbers from fellow Minnesotans Spider John Koerner and Husker Du’s Grant Hart, and even revisiting many of his songs that he has played for a number of years. He acknowledges that music he has created has grown and evolved over time. This is something that always rings true with art; it is a never-ending work that takes on new visions and embellishments the longer it is played.

Songs such as “Cheap Wine,” “To A Scrapyard Bus Stop,” “Annie Melton” are brought back and deliver a new life behind them. Newer numbers such as “Love Is An Unraveling Birds Nest,” “Mag Wheels” and “On Stealing a Sailboat” show that it’s going to take a lot more than a skateboard to slow this folk-blues master down. Like his music, he will be ever-evolving and showcasing a lively and sensational art of acoustic guitar.