You are here: Home1 / Past PDX Blues Event2 / Greyhounds Bring Their Memphis Sound To Portland For Two Nights 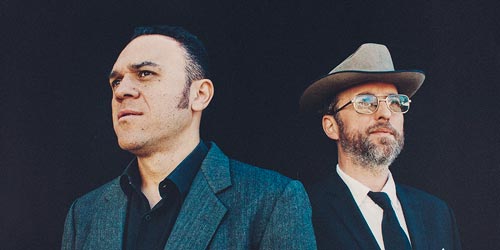 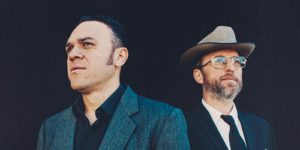 As Greyhounds, guitarist Andrew Trube and keyboardist Anthony Farrell have been making music and touring for 15 years while refining and developing a sound Trube describes as “Hall and Oates meet ZZ Top.” The band also has long ties to Memphis, home of the soul that inspires them.

During their long musical partnership, Trube and Farrell have written songs for, among others, Derek Trucks and Susan Tedeschi, toured with American Idol winner Taylor Hicks, and for several years worked together as part of JJ Grey and Mofro, playing 200 dates a year.

The band in 2013 was signed by Memphis-based Ardent Music for a three-album deal. Ardent Music, the independent record label based out of legendary Ardent Studios in Memphis, Tennessee, expects to build on the fanbase the band has developed both on the road and as a staple of the Austin music scene.

On Tuesday, May 16 and Wednesday, May 17, Greyhounds will be appearing at McMenamin’s White Eagle Saloon & Hotel, 836 N Russell Street at 8:00 pm. Tickets can be purchased in advance through CascadeTickets.com and at the door day of show for $10.00. 21 and over only.

Greyhounds will also be performing earlier in the week in Eugene at Sam Bond’s Garage, 407 Blair, on Sunday, May 14 at 9:00 pm, and in Bend at The Volcanic Theater Pub, 70 SW Century Drive, on Monday, May 15 at 7:00 pm. Contact the venues for admission prices.

The AC Myles Band At The Birk For Two Big Shows