Wendy SchumerPosted on November 26, 2016 Posted in Past PDX Blues Event

Ten years after his untimely death, the much-loved and dearly-missed Paul deLay returns to Portland when playwright Wayne Harrel presents a concert reading of a new musical featuring dozens of deLay’s songs and the story of his redemptive rise from addiction to adulation.

The event is a co-production with Northwest Theatre Workshop, with additional support from the Cascade Blues Association and United By Music, North America.

Paul deLay (1952-2007) was born and raised in Milwaukie, Oregon. He was a tremendous musician of unfocused potential, until a 1990 drug bust changed his life – for good. Then his harmonica, singing and songwriting prowess soared to national and international acclaim, despite serving time at Sheridan Penitentiary or, as Paul said, “My 41-month federally funded artist’s retreat.”

deLay was a founding member of Portland’s renowned blues scene and his songs are treasured for their poignantly humorous lyrics and jazzed-up, cliché-free melodies. Jerry Portnoy, harmonica player for Eric Clapton, says, “His songwriting is phenomenal – absolutely some of the best stuff I ever heard. He moved me.”

Portland playwright Wayne Harrel agrees. The two-time Oregon Book Award nominee is a longtime fan of deLay’s music and admires its lyrical transparency. The loneliness, the substance abuse, the joy of true love — deLay lays it out with a wink and a tear:

“It’s like she’s Lucy holding the football / and I’m like poor ol’ Charlie Brown. / Not hard to figure out / what’s goin’ down.”

“When I first heard that lyric,” says Harrel, “the hair on the back of my neck stood up and I thought, ‘This is a show!’” Since then, he’s woven deLay’s best songs into a night’s concert that captures the breadth of Paul’s amazing journey from addiction to adulation.

Telling that story on stage are some of the region’s – and nation’s – best blues performers. Leading off is Texas native Sugaray Rayford. Portland Center Stage audiences experienced Sugaray in 2012’s It Ain’t Nothin’ But the Blues, and the Cascade Blues Association voted his 2014 Waterfront Blues Festival performance the Blues Performance of the Year and his 2015 recording Southside won for Best National Recording. Sugaray has been nominated for multiple Blues Music Awards, including B.B. King Entertainer of the Year, and now headlines blues festivals internationally.

Joining Sugaray are three outstanding local singers. Portland’s own Lisa Mann has topped Sugaray with two Blues Music Awards herself, and has won so many CBA Muddy Awards she’s now in their Hall of Fame. Her latest recording Hard Times, Bad Decisions is under consideration for a Grammy and was chosen as the Muddy recipient for Northwest Recording of the Year, and she tours regularly from Oregon to Florida. Lisa also played bass with Paul on occasion, back in the day.

LaRhonda Steele is Portland’s First Lady of the Blues. She’s the current CBA Female Vocalist of the Year, and DownBeat magazine recently featured her new album Rock Me Baby, which she created with Paul deLay’s favorite organist Louis Pain.

Saeeda Wright is a rising star on the Portland scene, now that she’s returned from touring with, and then honoring, Prince. A singer, songwriter, and speaker of great passion, Mama Sae always seeks to love, encourage, and inspire.

Backing this vocal combo is a powerhouse band led by Dave Fleschner, the hardest-working composer-arranger-performer-director in town. His album The Blues Cabaret was recently featured in a full concert performance with the Portland Gay Men’s Chorus, and is the foundation of a new musical called Buried Fire. Dave’s a composition instructor at Clackamas Community College, music director for United By Music North America, toured with Curtis Salgado for years, and is a regular performer in multiple groups in Portland.

Joining Dave is self-proclaimed “harp nerd” Hank Shreve, the one dude Paul’s old band mates say can play like the master. Following this gig, Hank’s going to Memphis with his own CBA Muddy Award-winning band to compete in the International Blues Challenge.

Rounding out the band are Carlton Jackson on drums and Freddy Trujillo on bass.

This all-star cast will perform two dozen of deLay’s signature tunes, including “Worn Out Shoe,” “Chalk and Roll,” “Ocean of Tears,” “Remember Me,” and “I Win”. And they’ll share them as part of a dramatic story that unfolds during a single night’s concert at the fictional Muddy’s Bar and Grill in Portland, Oregon.

They’ll also be joined for a brief set by the amazing performers from United By Music North America, a performance-based program for musically talented people with development and intellectual challenges and delays. Pianist Dave Fleschner is also music director for UBM, and says its Halloween benefit performance with Bobby Rush at the Lakewood Theatre brought the house down.

Just This One was created with the full cooperation and support of the Paul deLay estate and the Paul deLay Band, including key members Peter Dammann, Louis Pain, Dan Fincher, and John Mazzocco.

The Saturday, January 21 concert performance at the Alberta Rose Theatre is presented as a celebration of a Portland original. Paul’s birthday is January 31 – he’d be 65 – and this marks the 10th anniversary of his death.

The public is welcome to this 7:30 pm performance, including minors when accompanied by an adult. Tickets are available in advance for $20.00 -$35.00 at Albertarosetheatre.com. CBA members will receive a $2 discount by using the codeword “CBA” when pre-ordering, or by presenting their membership card at the door. 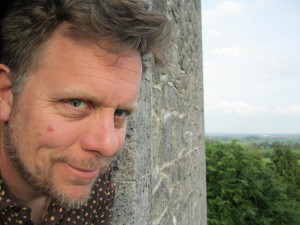