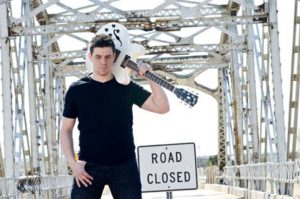 Nick Schnebelen has blues in his blood. Nick and siblings grew up with their parents who played music full time in the Kansas City blues scene. Along with his sister Danielle and brother Chris, they formed the band Trampled Under Foot which took the blues world by storm winning the International Blues Challenge in 2008. Nick was named the Albert King most promising guitar winner of the event. After playing together for several years, the siblings went their own ways pursuing solo careers.

Nick has traveled the world playing festivals such as Notodden in Norway, Montreal, and on the Legendary Rhythm & Blues Cruise. He continues to tour world-wide, bringing his raw blues energy guitar and vocals, backed by a hot rock n blues band. He has currently been working with renowned drummer/producer Tony Braunegal for a new recording to be released in 2017, but has found the time between to take on his latest world tour. The tour will bring The Nick Schnebelen Band to Oregon in March for two performances.

On Wednesday, March 29, Nick Schnebelen will appear at Duff’s Garage, 2530 NE 82nd, for an 8:30 pm show. Admission is $10.00. This is a Cascade Blues Association co-sponsored event, so show your current membership card at the door to receive a $1.00 discount on admission. 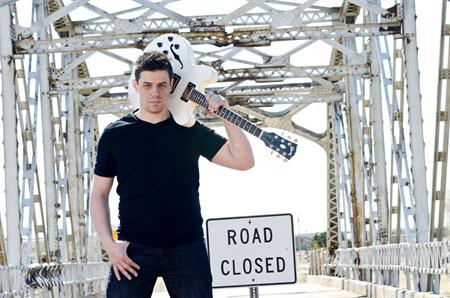