You are here: Home1 / Past PDX Blues Event2 / Party with The California Honeydrops 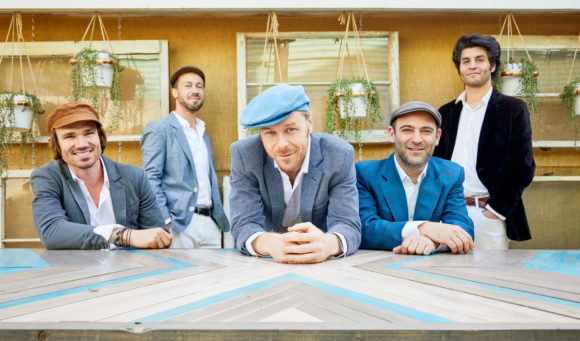 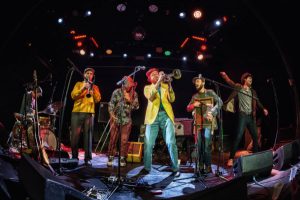 he California Honeydrops have a reputation as being among the most exciting and dynamic live bands on the planet. With unrelenting energy and a near-encyclopedic knowledge of musical styles, genres and idioms, the Honeydrops have spent a decade playing everywhere from subway stations in their native Oakland, California to sold-out shows in theatres and at festivals all across the globe.

The band has come a long way since vocalist, guitarist, and trumpeter Lech Wierzynkski and drummer Ben Malament started busking in an Oakland subway station. With the additions of Johnny Bones on tenor sax and clarinet, Lorenzo Loera on keyboards and Beau Bradbury on bass, they’ve built a powerful full-band sound drawing on diverse musical influences from Bay Area R&B to funk, Southern soul, Delta blues and New Orleans second-line.  A new addition to the band, Portland’s own Leon Cotter, who brings a soulful clarinet/flute/horn addition which adds another layer of beauty. All while staying true to the organic, street-level feel of their origins. More like parties than traditional concerts, their shows feature extensive off-stage jamming and crowd interaction.