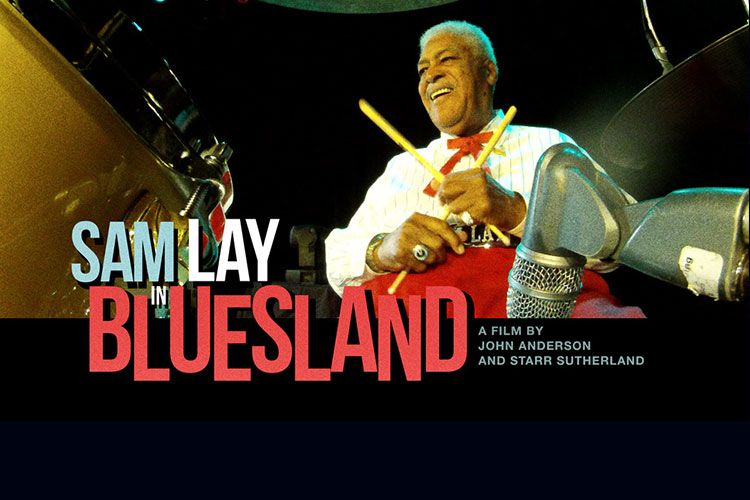 Bluesland, A new documentary film about legendary blues and rock drummer, Sam Lay is going to be screening at the Skyline Tavern in NW Portland on July 8. Terry Robb will be performing a set prior to the screening.

He was on drums when Bob Dylan went Electric at Newport. He was on the road and in the studio with blues greats Howlin’ Wolf, Muddy Waters, Little Walter and James Cotton. He was inducted into the Rock and Roll Hall of Fame in 2015 as a founding member of The Paul Butterfield Blues Band and performed at the induction ceremonies. At the age of 80, he is still an active member of the Chicago blues scene and the man some call ‘the greatest drummer of all time’. He also was an 8mm film documentarian who shot one-of-a-kind, personal footage of the 1950s and 60s blues clubs in Chicago.

The film, SAM LAY IN BLUESLAND traces his incredible career spanning over 50 years. Against a backdrop of troubled, even dangerous, times, and the racial turbulence of the 1960s, Sam Lay’s singular life and career are told through his own words, music and personal films in the documentary film ‘Sam Lay In Bluesland’. Interviewees in the film include musicians, JAMES COTTON, CHARLIE MUSCLEWHITE, JIM KELTNER, CORKY SIEGEL, ELVIN BISHOP and IGGY POP.

Producer of the film – Starr Sutherland will also be attending the screening.

The Skyline Tavern is located at 8031 NW Skyline Blvd., Portland. Terry Robb will be performing at 8:00 pm, with the film following afterward around 9:30 pm. The film runs for approximately 56 minutes. Seating is limited.