It may be September, but the summer heat is a long way from being over. Especially when it comes to blues performances in Portland and its region. That’ll certainly be true for the September Cascade Blues Association General Membership Meeting. And to make sure that’s the case we’re bringing back two of our strongest acts over the past few years, both who represented our organization in Memphis and continue to do the Northwest proud every time they take the stage. 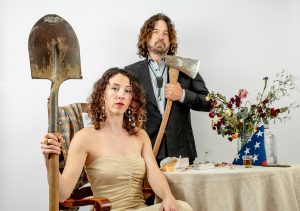 Julie Amici and Dean Mueller will be kicking off the meeting with the help of Thad Beckman on guitar. Julie and Dean just recently finished their upcoming album “I Loved You So,”and since the early feedback has been so strong, they’re holding off officially releasing the album while they prepare to launch it nationally. Many of the tunes from the album will be presented during their set at the meeting, giving the CBA membership early access their original music.

This pair has been nominated for three Muddy Awards and were the winners of the 2017 Solo/Duo Competition for Journey To Memphis. Much of the material they developed for the International Blues Challenge made it onto the new record giving this Americana album a distinct blues flavor.

Julie’s strong yet sweet voice is reminiscent of the 50’s when female singers ruled the world of music, a time when jazz and blues co-mingled at the height of popular culture. Her repertoire combines the jazz of Billie Holiday with the soul of Nina Simone and the sophisticated country of Patsy Cline. Dean’s bass playing is rooted in the blues chops he earned playing with some of the finest blues legends in America and touring with the award winning international act, The Insomniacs. With this deep background of musical taste and expertise, Julie and Dean have developed their own unique style that is hard to define, yet intimately familiar and broadly approachable to a wide varied audience. 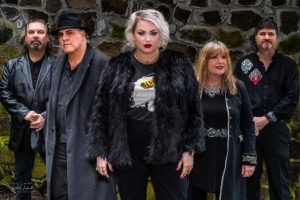 For the second set of the night, we will be bringing back Sister Mercy. Fonted by the amazing vocal prowess of April Brown, they’ve quickly become one of Portland’s favorite blues band.  Winner of the Journey to Memphis in both 2015 and 2017, Sister Mercy went on to compete in in the International Blues Challenge in Memphis and placed in the semi-finals in 2016 and 2018.  Their latest album “Diamonds” has steadily been gaining critical international acclaim for the band’s powerhouse vocals and original songwriting.

Vocal harmonies are the key to the unique quality of the band with Scott Garcia on vocals and guitar, Roger Espinor on vocals and drums, John Webb, vocals and bass and Debby Espinor, keys and vocals.

Nominated for the Best New Band and Best Contemporary Blues Band Muddy Awards by the CBA, Sister Mercy will make you want to dance the days and nights away.  Expect another album in 2020 as the band is busy in the studio writing and recording new material. And expect an fun, entertaining evening as they take the The Garages Stage.