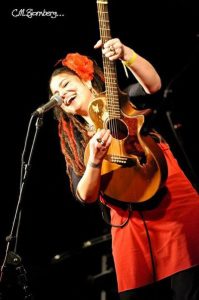 Sista Otis is a good-god-all-mighty force of nature! A songwriting/soul singing prophetess of rock & roll, highly acclaimed by the critics and with a wall full of awards, whose voice pumps out 100% proof soul-shine so warm and good, it’ll make you throw your hands up and shout! Sista Otis cut her teeth as a traveling street kid musician, writing and performing her own songs for pocket change, and now has become a national touring artist. Born in Detroit and raised in New Orleans, Sista Otis has been named one of the top 10 indie artists to see live in America. The Windy City Times described Otis this way: “ . . . with the feverish fervor of a faith healer, Otis rolls through a series of songs that sound as if she were baptized in funk, modern rock and the blues, bringing the listener to the brink of testifying.” Her raw, honest, folksy, bluesy, gospel gumbo of rock ‘n’ roll fits perfectly in today’s musical scene.

Sista Otis will be touring through Oregon in October, making three stops throughout the state. It all starts on Thursday, October 12 in Portland at the O’Neill Public House, 6000 NE Glisan Street. She will be joined by blues harmonica player  Sky Berns. Showtime is 8:30 pm.

On Friday, October 13, Sista Otis heads down river to Salem where she’ll be appearing at Venti’s Café, 2840 Commercial Street SE, at 6:30 pm.

Then on Saturday, October 14, she will be heading to Southern Oregon for an appearance at The Sound Lounge, 225 Southeast H Street, in Grants Pass. Show time is 8:00 pm. 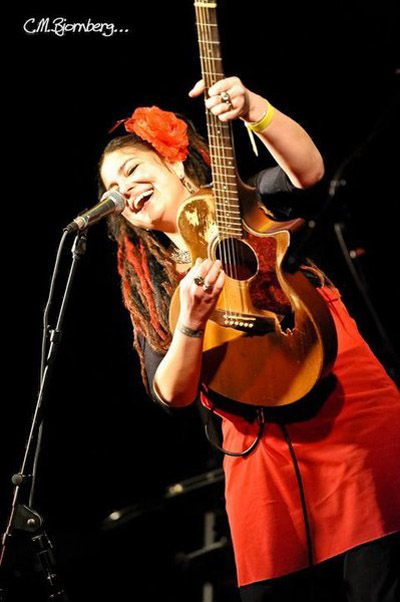