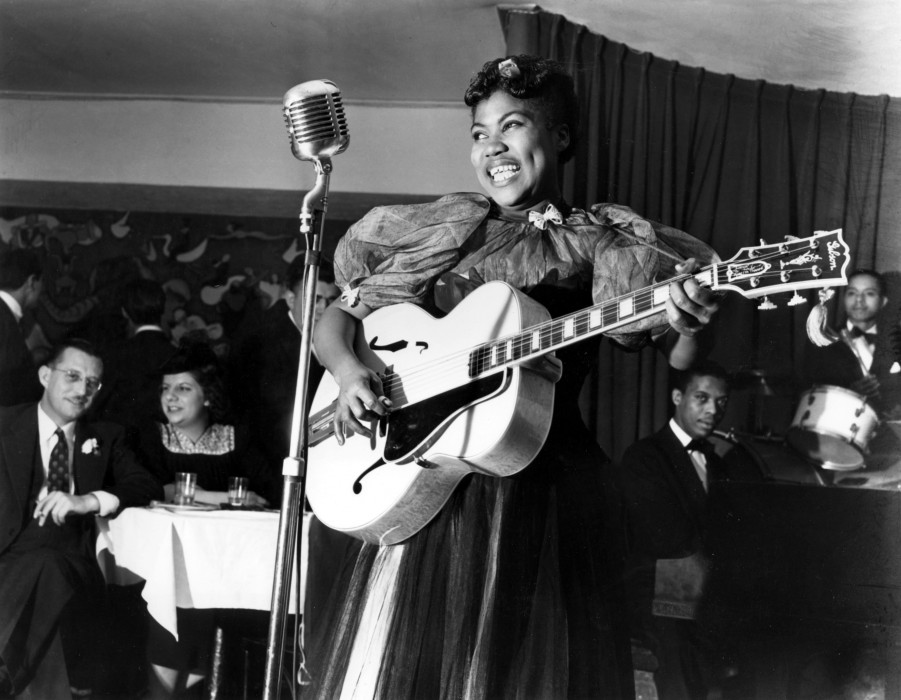 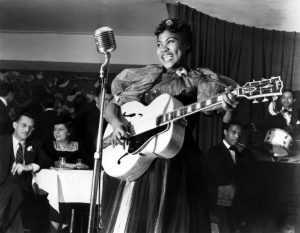 During a time when the idea of a guitar-playing woman was nonexistent, not only did guitarist and vocalist Rosetta Tharpe erase this line by mastering the symbol of musical masculinity, but her blend of gospel and secular music was seen as earth-shattering. Her willingness to play “God’s music” in the devil’s den of nightclubs and music halls caused an uproar. The all-star line up for this Sister Rosetta Tharpe Tribute are stellar musicians in their own right: Sonny Hess, Lady Kat True Blue, Lisa Mann, Joanne Broh, Kathryn Grimm, Leah Hinchcliff, and Ward Griffiths.