You are here: Home1 / Past PDX Blues Event2 / All Star Band, The Mannish Boys – Coming To The Birk 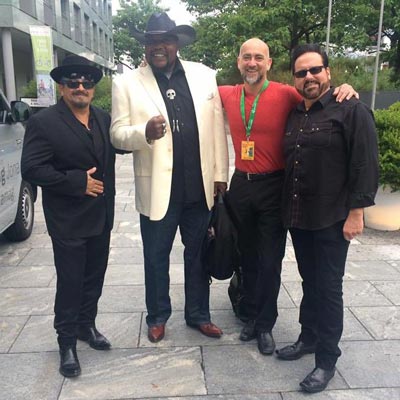 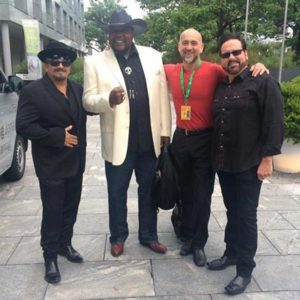 Evoking the spirit of such legendary R&B revues as Johnny Otis, Ike Turner, or even the American Folk Blues Festival, The Mannish Boys look to single handedly restore this grand tradition and carry it forward into the 21st Century. The group’s various incarnations have consistently been comprised of some of the very best musicians in the blues and this latest version may be one of their best, featuring Sugaray Rayford on vocals, guitar hero Kid Ramos, bassist Willie J. Campbell and drummer Jimi Bott.

The fundamental concept of the band was simple; assemble a group of like-minded musicians to capture the spirit and joy of this timeless music and reintroduce it for a new generation to appreciate and discover. This project, which was only initially envisioned as a one-time testimony to the power of the blues, has now given way to a new institution privileged with the task of preserving this music and presenting it as a vital, living, breathing entity.

The Mannish Boys will be heading to The Birk for a spectacular night of entertainment on Friday, April 7. Show time begins at 7:30, but be sure to arrive early as this one is guaranteed to pack the house. Tickets for The Mannish Boys can be purchased in advance for $25.00 at Tickettomato.com or for $30.00 at the door if still available. The Birk is located at 11139 Hwy 202 in Birkenfeld.  Call the venue for reserved seating at 503-755-2722.