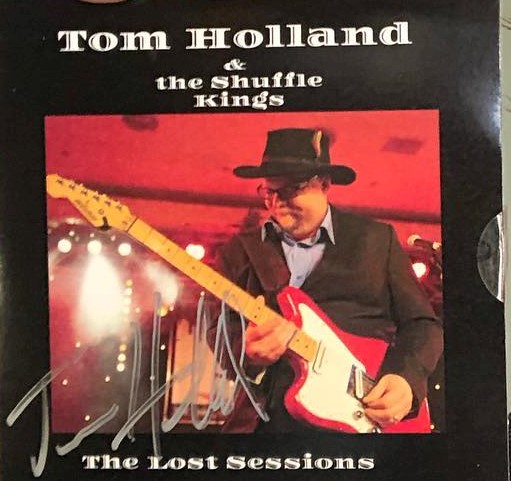 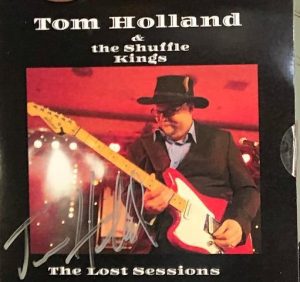 I was talking with guitarist Tom Holland during sound check at the 2014 Blues Music Awards when Elvin Bishop walked up to me. Pointing at Holland he said, “You know that this guy is probably the best guitar player in Memphis this week.” Quite a statement considering people like Ronnie Earl, Lurrie Bell, and Kid Ramos, amongst others, were also in town. But truth be told, perhaps Elvin wasn’t too far off.

Tom Holland is a native of Chicago citing many of the city’s legends as direct influences. He gained notoriety by working with LV Banks, Eddy Clearwater and James Cotton and sitting in with every major player who has ever spent time in the city. Leading his own band, The Shuffle Kings for most of the past two decades, they deliver the quality Chicago sound of his upbringing.

That’s certainly true on his latest recording, The Lost Sessions. Recorded at The Art Institute Chicago Recording Studio in 2016 it is pure Chicago true and blue. Holland is joined by Hiro Konishi (guitar), Mike Schard (bass) and Tino Cortes (drums) keeping that Windy City groove intact with nothing ever over-played, always remaining true to the tone and song.

Currently only available at gigs and in Europe, The Lost Sessions may be a bit difficult to find. But it is worth the effort. It bleeds Chicago blue!