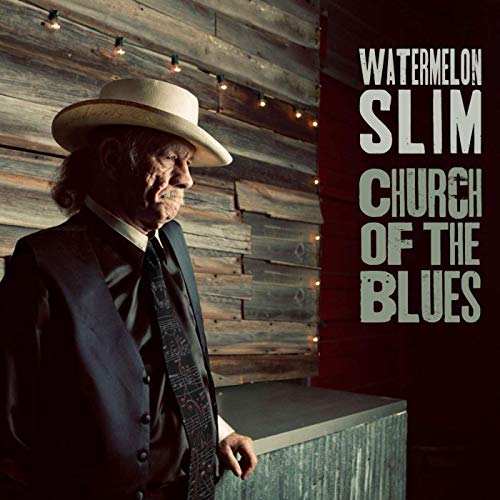 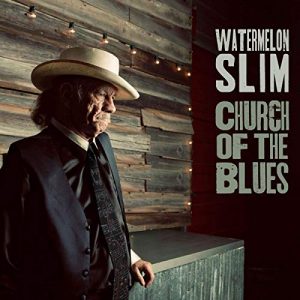 Church Of The Blues
Northern Blues

Watermelon Slim returns with his thirteenth release, Church Of The Blues, and it just may be one of his best yet. With an instantly recognizable voice, killer slide guitar chops and harmonica, he continues to write very meaningful, descriptive and often social lyrics about living on minimum wage, the loss of water on our planet, or political unrest and the dangers it can bring. He intermixes these original numbers with covers from the likes of Muddy Waters, JB Hutto, Fred McDowell, Allen Toussaint and Howlin’ Wolf.

Slim is joined by a multitude of guests throughout the album and he plays off from them and alongside them well. Joe Louis Walker, Albert Castiglia, John Nemeth, Nick Schnebelen and Bob Margolin are only a sampling of friends appearing.

Whether singing about getting along with his woman, begging St Peter to keep him from Purgatory, the issues of the day, or bringing exciting life to older songs, Watermelon Slim proves he is still a blues master at the top of his game

St. Peter’s Ledger / Tax Man Blues / Gypsy Woman / Post-Modern Blues / Get Out Of My Life Woman / Mni Wiconi – The Water Song / Me And My Woman / Smokestack Lightning / That Ole 1-4-5 / Holler #4 / 61 Highway Blues / Too Much Alcohol / Charlottesville (Blues For My Nation) / Halloween Mama