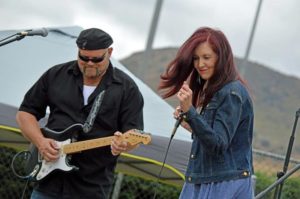 Jim Gustin is a blues singer and guitarist from Santa Clarita California who has been performing in and around the Los Angeles area for more than thirty years. He has a distinctive, powerful voice; soulful and deep with a smoky rasp, and is a passionate and energetic performer. He has well written catchy songs that reveal his many varied influences to his groove oriented blues. He is also a very solid guitarist with great tone and a funky feel.

His musical partner, Jeri Goldenhar, aka Truth Jones, has been singing since she was a little girl, although at over six feet tall, it’s hard to imagine her as a knee high, little red-headed child. She has a big voice to match her impressive stature. She can belt out gospel and soul rarely heard from suburban white girls.

Together they released the album Can’t Shed A Tear in 2014, a recording that has been described as a passionate, honest, soulful and gritty blues with a touch of Southern rock and country.

The pair are backed by a dynamic band, including Michael Stanton on bass, Wendell Stroup on drums, Steve Alterman on piano and Lawrence Tamez on saxophone. 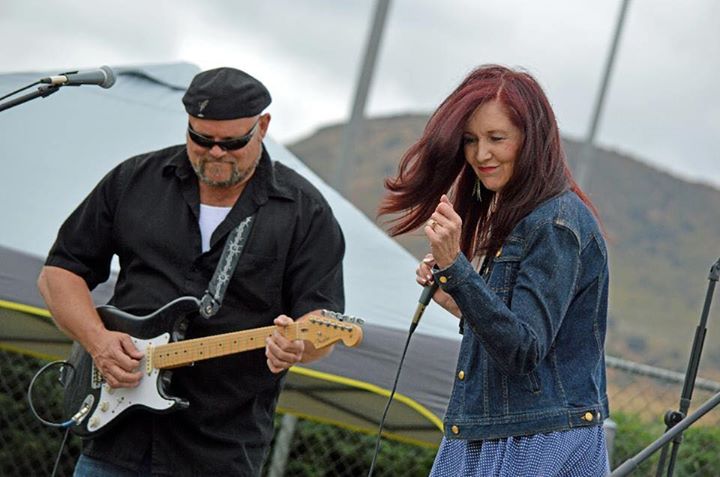