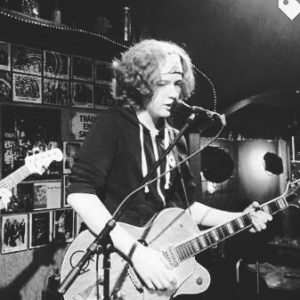 The usual interview questions don’t work too well when talking to Timothy James. “Did you always want to perform professionally or if not, what did you want to be when you grew up?” 14-year-old Timothy’s response was, “I didn’t ever think ahead. I never thought about a job and I still don’t think about college.” He says his current jobs are “school and chores.”

Cascade Blues Association (CBA) President Greg Johnson describes Timothy as a “fourteen-year-old triple threat (guitarist, singer, and songwriter) [with] an incredible feel for the guitar with adeptness that belies his age. He recently competed in the Cascade Blues Association’s Journey To Memphis competition against the adult musicians and clearly held his own…You just know that he is going to be a sensational talent that we will be following for years, progressing through the same path that we have witnessed with past young musicians who have led successful musical careers such as Ben Rice, Mac Potts, and Ty Curtis.” Timothy will represent the CBA in the Youth Showcase at the International Blues Challenge in January 2017 in Memphis.

Timothy’s only been playing guitar for about five years and started playing professionally about three years ago. “Friends would invite me up to play when they took breaks (in their performance) and I guess the owners would ask my parents if I wanted to play there.”

In addition to guitar, Timothy plays a bit of piano and Alto saxophone. He describes his musical style as somewhere between blues and pop rock.

Timothy tributes a wide range of musical influences, from local musicians who play jazz, blues, or rock, to U2, Metallica and Steve Vai. “One of my biggest role models/influences is an amazing guitarist from the UK named Rob Chapman. He’s a self-managed musician and an extremely nice guy,” he said.

He is mainly self-taught. “I picked things up from people here or there, but a while ago I started taking lessons from Ken Brewer. He plays pretty much anything and is an amazing guitarist.”

Last summer Timothy placed third in the Clackamas County Fair Talent Show and then second in the Place 2 Be Singer/Songwriter Contest. He put out a 4-song CD in 2015 but isn’t releasing it any more for a couple reasons—“It’s out of date and doesn’t represent my work anymore, and I’ve gotten a lot better since then.” There isn’t a specific plan for a new CD, but he wants to get back in the studio. “I’ve got quite a few new songs that I’ve written and need to record them.”

Timothy has played with local musicians Gary Meziere, Rae Gordon, Brady Goss, and some others. He’s also played with Patrick Quilter of Quilter Amps and one of the owners of Badcat Amps.

To follow Timothy and see where he’s playing next, check him out on Facebook. You can message him there if you’d like to make a donation to his trip to Memphis for the Youth Showcase at the International Blues Challenge in January 2017. 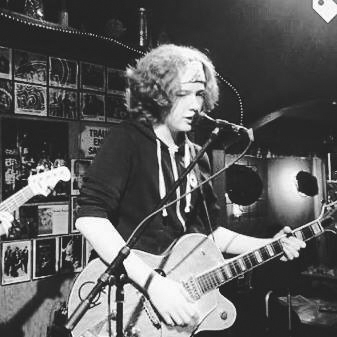