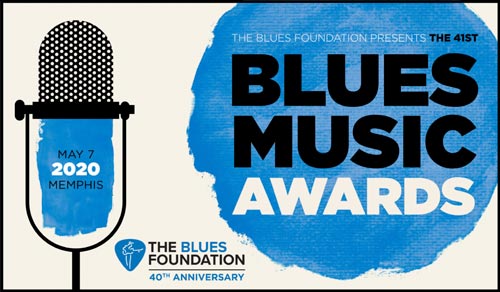 For the first time in its 41-year history, the Blues Music Awards was unable to celebrate with its huge extravaganza as they have done for so many years. The pandemic may have shut down the in-person event, but The Blues Foundation found the means to recognize this year’s achievements in high fashion just the same by taking it virtual — online.

Compacted into a two-hour event broadcast by Facebook and YouTube, the celebration was hosted by Shemekia Copeland, with presentations from celebrities like Bettye LaVette, The Fantastic Negrito, Charlie Musselwhite, Beth Hart, William Bell and others, plus at-home performances by multiple acts including Larkin Poe, Southern Avenue, Walter Trout, Samantha Fish and Sue Foley.

This year’s biggest winner was young bluesman Christone “Kingfish” Ingram, sweeping every category he was nominated for and taking home five awards, including Album of the Year. Sugaray Rayford won the most coveted prize, the BB King Entertainer of the Year Award, while the Nick Moss Band took Band of the Year honors.

It may not have been its usual party atmosphere as in years past, with the crowd and musicians mingling together and the extended performances and acceptance speeches, but the Blues Music Awards presentation was very well done during this time when we cannot all be together. Plus, it offered the experience to many who might otherwise not have been able to have been there in person.