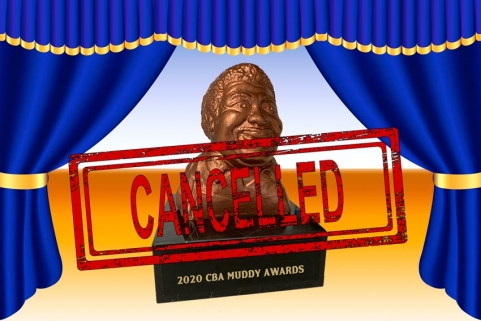 This year continues to get so much more depressing every day it seems, and I hate to be the person to bear bad news regarding the CBA’s activities. It has been referred to a couple of times by others, but to make it official, the board decided that we have no choice other than canceling this year’s Muddy Awards.

It is the same story as we’ve reported multiple times. We have not been able to collect any income without holding our monthly meetings, and our biggest money-making week of the year, the Waterfront Blues Festival, had also been canceled. Portland remains in phase one for Covid activities, so being able to hold a live event of this size is not possible at this time.

We also felt that during these months of closure there really has been little that we can offer for nominations. There have really been only two major events from Sept. 1, 2019, through Aug. 31, 2020, the eligible period — the Steve Pringle Celebration of Life and the Winter Blues Music Festival, which occurred a week prior to the shutdown. Recordings released locally have been minimal as have new acts and performances.

It was a very hard decision to make as this is an event that we cherish and look forward to presenting every year. We will discuss further how to recognize what has taken place over this past year, such as whether we do a combined 2020-21 nomination process. But as of now, we have neither the financial resources nor a location where this event could be held in early November.