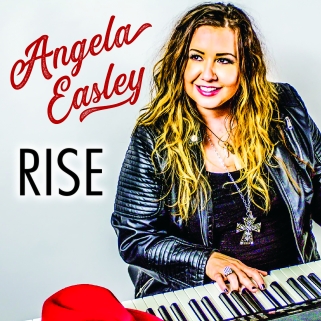 Lush is the first word that springs to mind when I hear the arrangements on this album. If it were a floral bouquet, Easley’s work wouldn’t be a bunch of lazy daisies but rather orchids and lilies in colorful masses, the kind of vegetation that only thrives when it’s hot and steamy. Easley has collaborated multiple times with producer Walter Scott, who has created a beautiful palette of sounds to highlight each composition.

Easley is a composer, vocalist and pianist who recorded her first album at age 14. Her impressive biography includes a recent award from the International Singer Songwriter Association. Based in Nashville, one can hear the diverse influences on her songwriting, from blues to country, gospel and soul.

Although there are a few breakup songs, the album “Rise” remains positive and hopeful. Easley writes from a place where she has come to terms with her emotions and is in a mood of forgiveness, with tracks like “I Can Let Go,” featuring the McCrary sisters. Which is nice, because I don’t think the “I’m Coming to Slash Your Tires Blues” would have had quite the same charm.

At only 26 minutes, it’s more EP length than full album, and sure to leave you wanting more.

Murder at the Crossroads
Scroll to top