Bluesmania – Best of the Benefit Concert for “Uncle” Steve Pringle 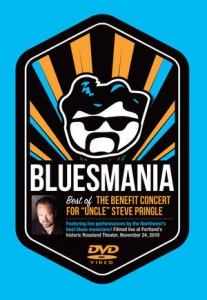 On November 24th, the Portland blues community came together to celebrate the life of beloved DJ Steve Pringle. The show, titled Bluesmania, was a benefit to help Steve and his family defray the cost of the cancer treatment he had been receiving. The line-up of a virtual who’s who of the region’s best blues musicians was selected by Steve himself; his own “Dream Team.” Sadly, Steve passed before the event took place and the sold out concert became a celebration of life.

The love was felt throughout the room. Relive that feeling with this limited edition DVD that includes three-hours worth of memories. Only 300 copies were made, so get them while you can at Music Millennium, or while supplies last at the Cascade Blues Association General Membership Meeting. 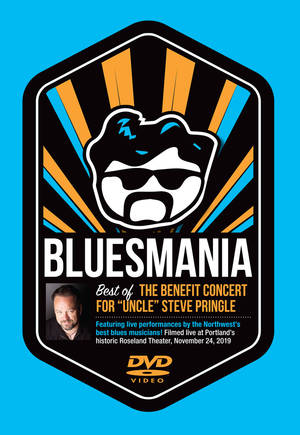