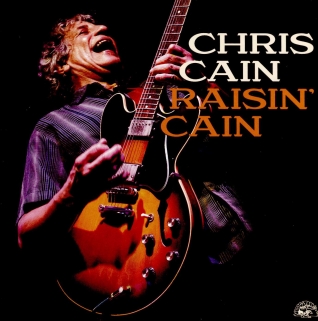 Let’s just cut to the chase; This album smokes.

Guitar licks that flicker from blistering to blissful, soul-melting keyboards and Cain’s comfortably seasoned voice – this is a collection that B.B. King himself would’ve envied.

At 65, the native Californian’s writing is authoritative and his musical craftsmanship is flawless. But his creative fire still burns brightly.

The 12 original songs here are authentic and filled with recognizable feelings.

A West Coast blues favorite since the late 1980s, Cain sings of enduring the nicks and cuts of everyday love and its shortcomings, the aches of loss and betrayal and the hollowness of affairs that have reached their inevitable endings.

Starting off the album with the blazing guitar work of “Hush Money,” Cain lays out wise takes on keeping your spouse happy … and yourself out of trouble. He pays “hush money” to his love, he explains, to “keep my house all happy and quiet.”

But guitars aren’t the only things that Cain can raise. Horns, harps and keyboards carry their share on songs like “Too Many Problems,” “Down on the Ground” and the instrumental ”Space Force.”

This is one of the most complete and thoroughly enjoying records we’ve reviewed in some time. It’s house-rockin’ blues that echoes – and at times, equals – the all-time greats.

Easy call on this one: Just go get it.