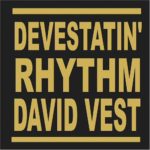 Even if David Vest were not the articulate songwriter that he is, his piano playing would still be able to tell stories that’d capture your attention. His expressive boogie style just has a way of its own to speak of the greatest tall tales you may have ever heard, but everything he offers on those keys ring true and deliberate. And it makes you envision images of everyday life or perhaps images you really don’t want to see in reality, but they’re out there.

Vest is a three-time Maple Award (Canada’s own Blues Music Awards) winner for piano player of the year. He is joined once again by The Willing Victims, and a couple of “Special Victims,” too. They have worked with Vest on his previous two recordings since the pianist relocated from Portland to British Columbia, and they are among some of the most highly-regarded blues artists in Canada: Teddy Leonard on guitar from the band Fathead, and Maple Award-winning bass player Gary Kendall and drummer Mike Fitzpatrick, both who have worked countless years with Downchild Blues Band. The Special Victims Unit are Pete Carey on sax and Howard Moore on trumpet. Their horns add an extra spunk to many of the tracks on this album.

“West Coast Saturday Night,” written by the band as a whole, opens the disc with a nice New Orleans approach featuring sharp guitar work by Leonard. That flows into the shuffle of “Stop This Madness” as Vest reflects on current world situations. The boogie is laid all out on “Kingsnake” as he states that music has been said to be a young man’s game, but that’s all right with him as he’s not playing a game. And he’s not joking! He takes a moment to remember a number of blues greats who have moved on to the afterlife, but despite their absence “The Blues Live On.” The only non-original track on Devestatin’ Rhythm is the cover of Leon Payne’s “Lost Highway,” best known as sung by Hank Williams. The country feel is delivered perfectly on this track between Vest’s piano and Leonard’s slide guitar.

Devestatin’ Rhythm continues the remarkable work that David Vest has been enchanting audiences with for nearly six decades. Without doubt he’s going to keep that piano’s keys primed and pumping with the best boogie delivery of its kind anywhere as long as he’s got breath to breathe. He’s no throw-back, he’s bona fide pianist who’s lived the life and still carries the tradition on. And his lyrics are going to make you smile, or maybe just make you think a little deeper on some subjects that we may experience today. 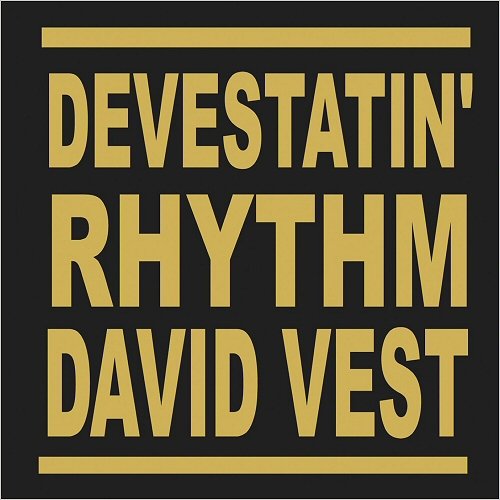