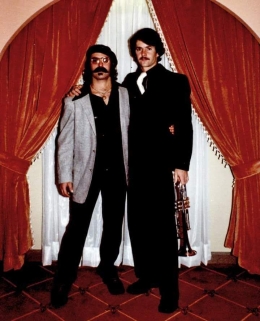 Portland has a little less swing in its step these days. 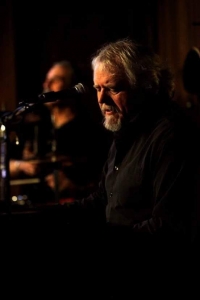 Drummer Johnny Moore, whose sticks have struck up some of the best rhythms the city has heard in the past half-century or so is gone.

Moore, who grew up in Astoria and moved to Portland in 1979, died in June after a decade-long battle with cancer. He’d spent the past 10 years playing with the Jim Mesi band, but his legacy started long before then.

“The first time I played with Johnny Moore was 1972 at the White Eagle Saloon, with the Tom McFarland Blues Band,” recalled bassist Scott White, who went on to perform with Moore in more than 20 blues bands over the next 50 years – including Voodoo Garden, Lee Blake, Delta Haze and the Ed Neumann Trio. “Johnny Moore was a strong, funky, dynamic drummer that could swing,” White said in a written statement.

“Johnny’s feel on the drums made everything swing and the dancers loved it,” added Ed Neumann, who met Moore in 1999 when the drummer was holding down a day job in the shipyards.

Back then, Neumann said, his old friend Pat Pattee – “The Preacher” on KISN’s Radio Night Watch Show – would show up at Neumann’s shows and yell “Play some f***ing blues!”

Neumann finally told Pattee that he was interested in starting an R&B night.

“By the second week, we were standing room only every Tuesday night,” Neumann said.

Moore, whose father was a beloved doctor in Astoria, served in the U.S. Navy and moved to Eugene in the 1970s, according to his old friend Joe McCarthy. Moore played with several bands there, including the Schwebke Brothers Band, led by bassist Doc Schwebke.

After moving to Portland, Moore hooked up with the Sheldon Brothers Band, playing numerous gigs – including at the MGM in Reno, Nev.

He also did his share of hard labor, putting in many years as a welder and refitting steel ships on Swan Island. He did much of that work from a scaffold, suspended high above the ships’ decks.

Later, he put his welding skills to work blacksmithing and creating metal and porcelain artwork.

Half of Oregon, it seems, knew, worked with or least enjoyed listening to Johnny Moore.

“What a survivor,” Neumann said. “Ten years later and he was playing better than ever with the Jim Mesi Band.