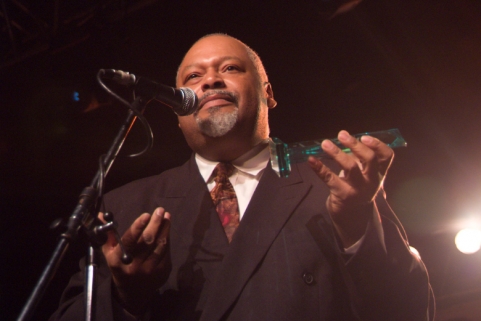 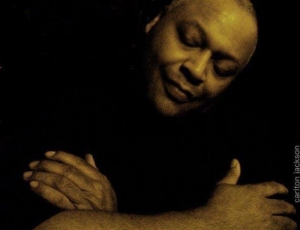 The shock waves that rippled through the Portland music community with the passing of Carlton Jackson, nearly a month ago (as of this writing), have yet to ebb. In fact, the impact has been felt across so many genres and aspects of musical performance and presentation that it’s hard to find any other loss nearing its equal. The closest this writer can conjure would place Carlton in the company of people like Janice Scroggins, Linda Hornbuckle, and Paul deLay. Like them, there wasn’t any endeavor he touched that didn’t profoundly touch countless others on countless levels. My own experiences with him, spanning decades, bands, venues, one-offs, and just hanging, tempt me to offer a more personal view of a master, whose interests and abilities would qualify him as a Renaissance Man. Suffice it to say that the best tribute comes from citing several other sources, including the man, himself.

The name of his blog, Drummer-at-Large, was also prominently emblazoned on his business card. It is also an archive, on quick investigation, of the depth and dimension of his interests and involvement. A member of the Oregon Music Hall of Fame, Carlton’s four decades of work speaks for itself; here’s a tiny sampling: Tom Grant, Dan Balmer, Lloyd Jones, Terry Robb, D.K. Stewart, Duffy Bishop, Robert Rude, David Ornette Cherry, Curtis Salgado, and, of course, his signature project, the Carlton Jackson-Dave Mills Big Band. The list of musical interests is even harder to distill, running the gamut, from internationally known artists Miles Davis and James Brown, Keith Moon, John Bonham, Eddie Harris, Frank Zappa, the Crusaders, and more, to locals, past and present, like Obo Addy, Janice Scroggins, Nancy King, Michael Bard, Gordon Lee, and on and on. Carlton’s passion for all things music was deep, disciplined, and voracious.

As host of the weekly radio show, “The Message”, on KMHD, Carlton explored themes of consciousness that had a distinctly African-American centric feel. Mention movies to him and the subject would open up to any number of specific films and some surprising genres: Sam Peckinpah, Spike Lee, John Woo, Blaxploitation, Stargate SG-1, and Family Guy cartoon series, among them. A consummate educator, he was an annually featured instructor at Mel Brown’s Drum Camp, as well as in public schools and universities. In fact, Carlton’s instinctive bent toward teaching was self-evident whenever he was on stage – if you paid attention – and his emphasis, if anything, was on the basics but he could guide with the flick of the wrist or the shortest phrase, opening doors of exploration and discovery, even for seasoned players. Academic interests certainly included educating younger players and audiences because, as he noted, age was causing attrition; for Carlton, this was a legacy issue. This activism extended to economic realities for musicians, as well as for other artists. An early proponent of designating venues as paying fair wages, a collaborative effort grew out of the American Federation of Musicians Local 99, the campaign known as Fair Trade Music.

In recent years, Carlton was integral to several bands, compilations, and developing venues, but it was his deep commitment to Lloyd Jones, in particular, that should be noted. Even in the wake of the pandemic, the push to support Jones’s latest recording, “Tennessee Run”, was strongly marked by one word that defined Mr. Jackson – preparation. Sadly, we will not be able to hear what was to come. The irony of how ill-prepared any of us were for the loss of this veritable icon of artistry, this master and friend, is not lost upon me, nor others, whose praise is abundantly evident.

NOTE: A celebration of Carlton and his life will be held on Sunday, August 22, 2021, HAS BEEN CANCELLED DUE TO COVID CONCERNS. Remembrances can be accessed through the archives of the Oregon Jazz Society, OPB, Oregon Music News, and Cruise Ship Drummer. Certainly, Facebook is full of countless more personal tributes, as well.