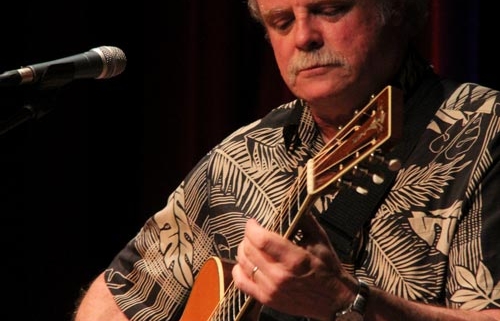 2016 Grammy-winning fingerpicker Pat Donohue’s devotion to acoustic guitar has made him an American standard. Over the years he has captivated audiences with his unique original compositions and dazzling instrumentals. Though he considers himself foremost a folk guitarist, Donohue’s influences are rooted in bluesmen Blind Blake, Robert Johnson, Charlie Parker, Duke Ellington, Muddy Waters, and Miles Davis, and he successfully blends jazz and blues with folk in a seamless mix. In 2005, Donohue received a Grammy for his participation on Pink Guitar, a compilation of Henry Mancini tunes on acoustic guitar.  Additionally, he has received several Minnesota Music Awards and in 1983, the title of National Finger Picking Guitar Champion.

John Bunzow Launches New CD With a Handful of Shows