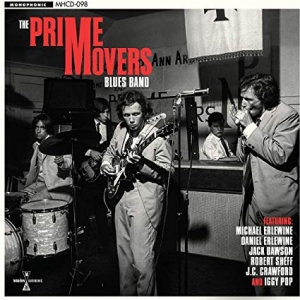 Much like their contemporaries The Paul Butterfield Blues Band, Ann Arbor Michigan’s The Prime Movers Blues Band took a grasp on the classic sounds of Chicago and placed a bluesy groove on The Motor City music scene. These recordings have never been compiled and issued together since the band was formed in 1965. The people behind the music may not be exactly those you’d name if calling out blues musicians, as many went on to create their own unique voices in other realms, but they certainly lay down the good correctly here.

Brothers Michael (harmonica) and Dan Erlewine (guitar) were the foundation of the group (both who are nowadays writers and music historians for AllMusic and Guitar Player magazine). They were joined by Robert Sheff (now known as avant-garde artist “Blue” Gene Tyranny), Jack Dawson (Siegel-Schwall Blues Band)on bass, and one James Osterberg on drums (now better known as Iggy Pop).

This recording shows some truly inspiring performances by the almost mythic band and serve as a nice serving of history. But it pays to remember that live recordings during this period were not always the best of quality, especially when done in small clubs, so there is some clarity that does not come through. Tracks are mostly standards, with inclusion of “Yonder’s Wall,” “Rock Me Baby,” “Every Day I Have The Blues,” and the closing “I’m A Man” with Iggy taking on the lead and pretty overpowering the rest of the band (again an observation of live recording at the time). 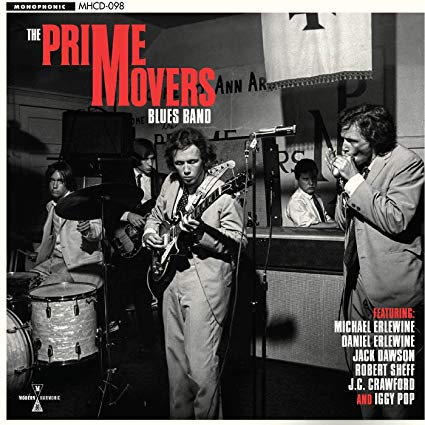