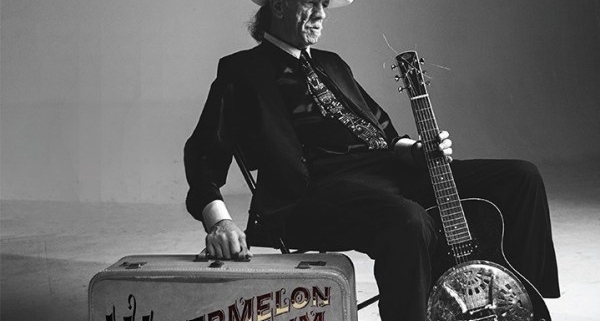 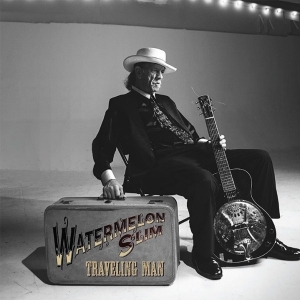 Sometimes to truly capture a musician’s talent you need to witness them in their most vulnerable setting — on a stage, bare-bone solo, with nothing to back them but their voice and instrument. That was the way I first came to know Bill Homans, better known as Watermelon Slim. When I first met him back in 2003, I had the opportunity to listen to him not only on stage but in personal living room settings as well. Don’t get me wrong, he is superb with a band behind him, too. But to see him perform on his own is simply the ultimate in experiencing his stories and the passion he puts behind them.

You get that exact feeling with his new double-disc live release, Traveling Man. Recorded in two small club settings in Oklahoma back in 2016, Slim walks you through a series of his songs from throughout his career, extolling tales of life on the road as a trucker and the ups and downs of being a bluesman. He has lived a life with many detours and he shares them while working the magic of his slide guitar and harmonica behind his always age-worn vocals. It’s personal and it’s intimate, and it’s true Watermelon Slim at its best.