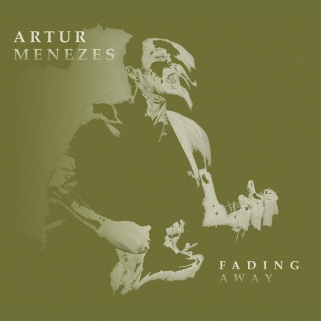 But despite its raw edge, Artur Menezes’ fifth album, “Fading Away,” is authentic, bare-knuckled, indie blues at its core. The all-original album’s murky tones and dark themes are in the tradition of a long line of blues masters.

Five years after moving to Los Angeles, the Brazilian-born Menezes – an accomplished guitarist, singer and songwriter has – produced what might be his most impressive work yet.

With the help of producer Josh Smith (who chips in some guitar work for a track called “Free at Last”) and the great Joe Bonamassa (whose guitar provides a jolt of extra power on the belligerent “Come On”), Menezes has an album you’ll want on your playlist for a long time.

Menezes’ masterful guitar drives the album, sparking rock cuts like the title song and slowing down for deep exhales on “Fight for Your Love,” “Until I Can See” and his autobiographical “Green Card Blues.”

Among the standouts: the chilling “Devil’s Own,” a shadowy blend of Menezes’ writing (“She’s gone, he’s gone, two birds one stone …”) and the lost-soul wails of his guitar.

Recorded at L.A.’s Flat V Studios, Menezes has some impressive backups for this one.

Carey Frank plays B3 organ and piano, while Kesha Shantrell and Revel Day round out the crew with backing vocals.

While the album was largely completed pre-pandemic, Menezes reportedly layered on the lyrics and vocals during quarantine – which might account for some of the tone.

But whenever and however it came about, “Fading Away” is a statement album. Artur Menezes has established himself as legitimate blues-rocker who deserves to be heard.