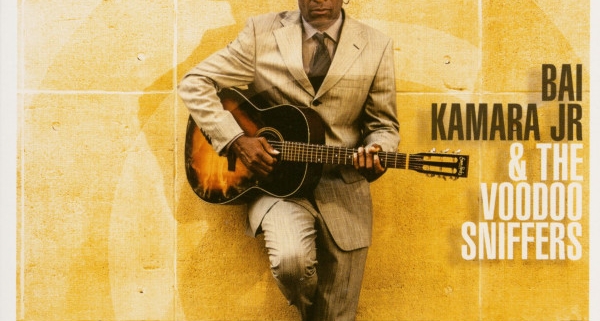 Based in Belgium for the past couple decades, Bai Kamara jr was born in Sierra Leone in West Africa and grew up in England. Deeply influenced by the music of his homeland, he found a distinct connection with American blues that he fell in love with during his school days. The rhythmic patterns between the two, despite the geographic separation, has always held ties that stretches back to the slave trade and the music brought to America by those in bondage. It is from those West African nations that the blues was truly born and the sound still prevails in the music today.

It is easy to hear comparisons of Eric Bibb, Keb’ Mo’, Taj Mahal and even Habib Kote, listening to Kamara’s guitar playing and his casual baritone vocal inflections. The themes of many of the songs cross borders as well as they’re also universal; heartbreak from failed relationships, pain and hard times. These are expertly displayed on songs like “Cry Baby,” “Black Widow Spider,” “Cold Cold Love” and “I Ain’t Lying.”

Although the album is credited alongside his band’s name, The Voodoo Sniffers, Kamara wrote all fifteen of the tracks and performed all the instrumentation and vocals himself. Salone is truly a piece of art and arguably one of the best acoustic blues recordings of the year.

Ramblings On My Mind – September 2020