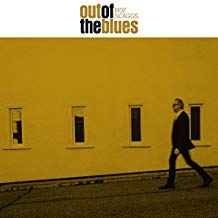 Out Of The Blues

This is the third album in Boz Scaggs’ triology of recordings that showcase the songs and styles of the music that first influenced him. Following in the successful footsteps of Memphis (2013) and A Fool To Care (2015) Scaggs ventures into the sounds of Americana, R&B, soul and the blues once again on his latest, Out Of The Blues. And he’s definitely directing his aim at the blues as the title suggests. Though it may seem odd for some to think of Scaggs as a bluesman, you should remember that was exactly where he got his start, growing up around the scene in Texas and playing in the Steve Miller Blues Band in the 1960s.

Of the nine tracks offered on the disc, five are covers that take on music made famous by the likes of Bobby Bland, Jimmy McCracklin, Jimmy Reed, and even Neil Young. The other four tracks were written by Jack “Applejack” Walroth, a long-time harmonica player and friend of Scaggs from San Francisco. Scaggs co-wrote one song with Walroth, the very Chuck Berry inspired number “Little Miss Night And Day.”

Boz Scaggs has certainly reconnected with his roots and all three of this series should be heard. Out Of The Blues is a true description of where he originates and it still has a big hold on his heart.