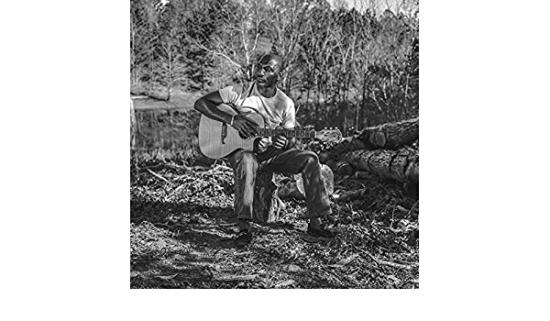 I Be Trying
Single Lock Records

Cedric Burnside’s latest take on North Mississippi Hill Country blues is one of the most refreshingly genuine, unpretentious and heartfelt albums we’ve run across in a while.

Raw, plain spoken and honest at every turn, “I Be Trying” stands as a modern milepost marker for the direction of today’s blues.

“It’s nothing you can read off paper,” the twice Grammy-nominated, third-generation bluesman told American Songwriter recently. “I feel that in my heart.”

And that comes across in this 13-song, largely original collection, recorded over a few pre-pandemic sessions at Royal Studios in Memphis.

Burnside, 42, explores the troubling turbulence of the times and the need for respite and healing, moving naturally from the shivering loneliness of “The World Can Be So Cold” to the casual street-dance rhythms of songs like “Step It Up” and “Get Down.”

Slide and acoustic guitars establish the framework for an album that stays true to the Hill Country’s traditional, unvarnished styles.

Another gem: Burnside’s cover of “Bird Without a Feather,” a song written by his grandfather, R.L. Burnside. “Hands Off That Girl,” an update of Junior Kimbrough’s “Keep Your Hands Off Her,” is a must-hear, too.

With unflinching and insightful lyrics, Burnside addresses current political divisions, the darkness of domestic turmoil and heartbreak. In “What Makes You Think,” he writes simply and compassionately about the stark reality of a man who’s squandered his last chance: “I don’t believe you no more, she said …”

“I Be Trying” is the work of an artist whose truth predates him. Described as an old soul soon after he began playing music at 13, Burnside brings an earnestness to his art that quietly commands respect.

This one belongs in the collection of anyone who takes blues heritage seriously.

Ramblings on my Mind July 2021

Guy Davis – Be Ready When I Call You
Scroll to top