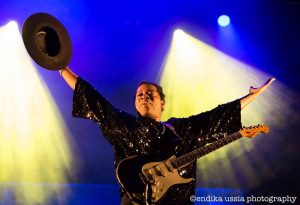 Carvin Jones, “The King of Strings,” is an explosive blues front man who astounds crowds with his raw talent and charisma. His remarkable energy, showmanship and guitar ability have made him a favorite of music fans and fellow musicians alike all over the world. At a very young age, he was seduced by the blues by listening to BB King records. Guitarist Magazine named Jones as one of the 50 greatest blues guitarists of all time. A world renowned blues rock icon who has performed in 36 countries on 3 continents averaging 330 live performances a year. With a sound undoubtedly reminiscent of Jimi Hendrix, Jones has received accolades from the likes of BB King and Buddy Guy

The Big Legrowki 812 NW Couch St. Saturday, May 11, 2019, 9:00 pm. Tickets through Eventbrite.com $25.00 general admission, VIP $75.00 (pre-show meet-&-greet, laminated VIP lanyard, complimentary drink, personal photo of you and Carvin Jones with you wearing his hat and his guitar strapped around you, onstage while he sings his favorite song) 21 & over. 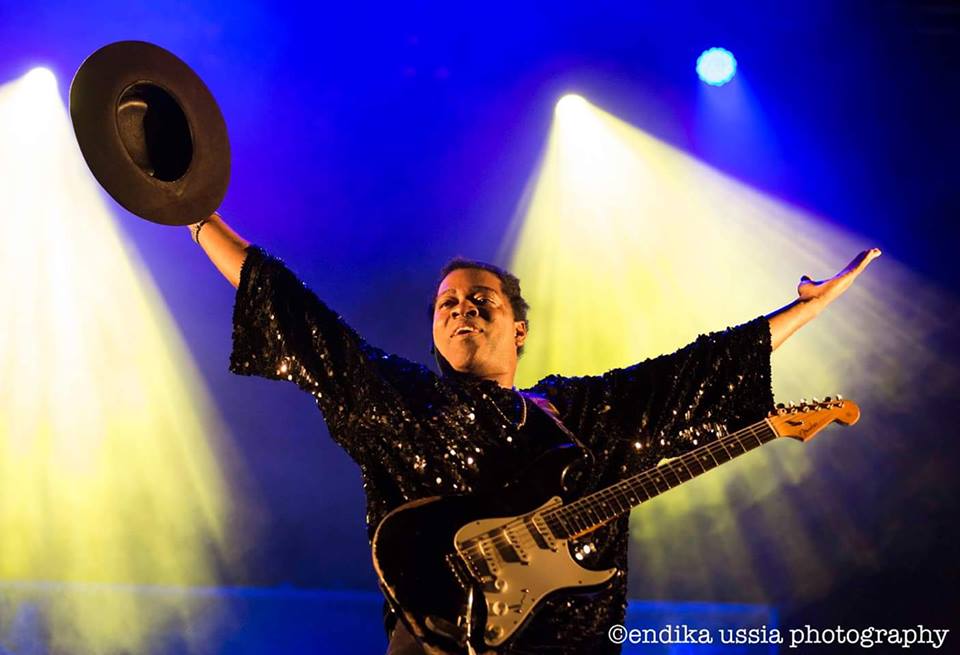