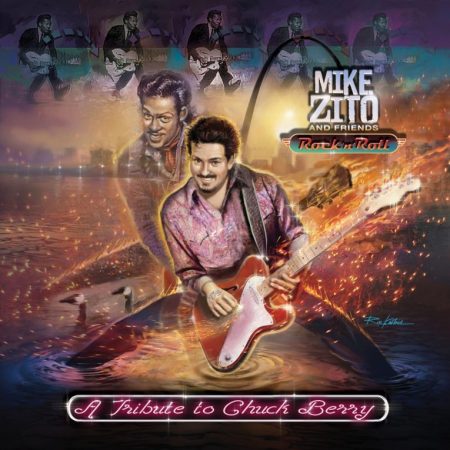 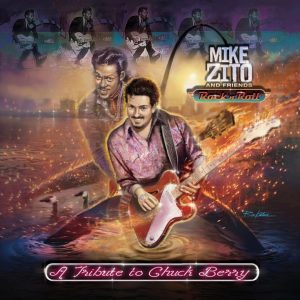 Mike Zito brings together multiple friends to pay tribute to one of the crafters of modern music, Chuck Berry. Berry took his music from St Louis to Chicago and changed the world. If Muddy Waters is credited with electrifying the Delta blues at Chess Studios, then Berry made the same studio rock. You might say that he was the original blues rocker. And with an unprecedented string of hit singles featuring his signature guitar licks he inspired and influenced most every guitarist to follow since.

Count Mike Zito among those touched by the music of Chuck Berry. He fell in love with his playing while living a number of years in Berry’s hometown of St Louis. Zito has built his own career with over the top performing and songwriting, including taking home a Blues Music Award for song of the year for “Pearl River,” a collaboration with Cyril Neville. He followed that up with several more outstanding solo recordings and also working with the blues super group Royal Southern brotherhood.

To honor Berry’s music, Zito brought forth a smorgasbord of many of today’s top names in blues guitarto put together a stellar tribute disc fittingly titled Rock ‘N’ Roll. Among them the likes of Joe Bonamassa, Tommy Castro, Walter Trout, Robben Ford, Luther Dickinson, Eric Gales and Kid Andersen. He also invited Berry grandson Chuck Berry III for the opening number “St Louis Blues.” Each iof these musicians bring their own sound to the music, but it never leaves focus on Berry’s original works and Zito is never lost in the mix either.

For fans of Chuck Berry, Mike Zito, astounding guitar mastery or just plain old good time rockin’ tunes, this is a fun listen that you just cannot go wrong with.

Mississippi On The Blues Trail By Bob Gervais
Scroll to top