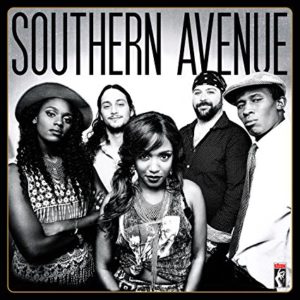 When you release an album on the famed Memphis-based Stax Records label, you know that there are going to be a lot of expectations from the start. This label has a long record of releasing some of the seminal blues, R&B, gospel, and soul of all time, including Sam & Dave, Otis Redding, Albert King, and The Staple Singers. So you better set your standards high when you put together your material for a release on this label, and beyond any doubt Southern Avenue has done things as required and have hit it just right.

Southern Avenue is a vivid conglomeration of all things that are soulful and full of life in this remarkable debut recording. Even their name is a homage to the label naming themselves after the street the runs in front of Stax’s original studio front door. Formed by band leader Ori Naftaly who moved to Memphis from Israel following his falling in love with the city and Southern music culture after participating in the International Blues Challenge, and he has found the perfect partner for his musical ventures with vocalist Tierinni Jackson who shares his visions.

The band is amplified by a solid rhythm section with Daniel McKee on bass and Jackson’s sister Tikyra on drums.  Jeremy Powell makes everything hum with his keyboard work and Naftaly is on fire throughout the disc with exceptional guitar mastery. Marc Franklin from The Bo-Keys inserts burning horn arrangements and North Mississippi All Star Luther Dickinson joins Naftaly for a couple tracks with his slide work.

The songwriting is all original with the exception of the cover of George Jackson’s composition Slipped, Tripped And Fell In Love,” a Memphis classic best known for its release by Ann Peebles recorded at the nearby Hi Records. Ballads like “Love Me Right” and “Wildflower” showcase Jackson’s amazing vocals and the diverse range of modern soul the band presents. The church is also present in the opening “Don’t Give Up” armed only with Naftaly on guitar and hand claps to begin with that drives the message home and “Peace Will Come” with some intense Delta styled guitar playing. “80 Miles From Memphis,” takes you back down to the Delta as well with rousing rockabilly-infused bluesy guitar.

It is fitting that this release comes from the famed Stax Records as it is a reminder of the excellent history the label and the City of Memphis has with the very best in soul, R&B and blues music and its artists. This is following in that classic presentation. A traditional approach with a very modern flavor. Southern Avenue is welcome addition to the the city’s and label’s reputation for above the sight’s expectations. 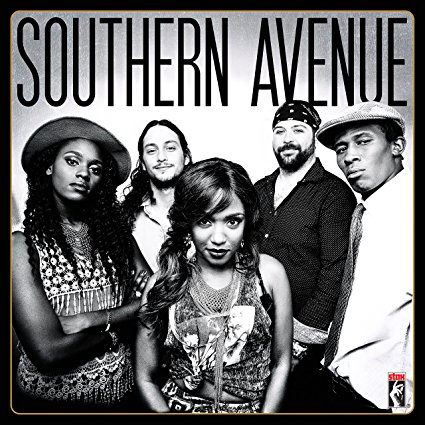