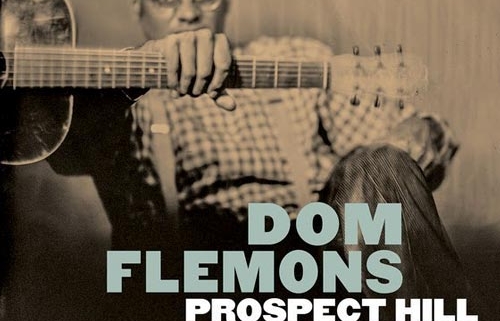 Prospect Hill was originally released in 2014, the third solo outing from Dom Flemons, the multi-instrumentalist founding member of the Grammy winning Carolina Chocolate Drops. It was a wonderful sampling of Americana music done at its best. Featuring songs with a Pre-War feel that included blues, string & jug bands, jazz, and country and instrumentation offerings of guitar, banjo, quills, rhythm bones, clarinet, fiddle, even drum & fife groupings. Just can’t get any more rootsy than that. He is backed by some pretty fine musicians, who are exponents of the Americana scene in their own right such as Guy Davis, Keith Ganz, Pura Fe, Kobie Watkins, and International Blues Challenge winners Ben Hunter and Joe Seamons.

Flemons returned to Prospect Hill this year and expanded the album with a second disc filled with alternate takes, instrumentals, the material from the previously vinyl only EP What Got Over and newer numbers adding twenty-one new selections to a recording that already stood tall on its own. In this new format it now should be a must hear for anyone who loves traditional roots music.

Musician and Promoter Gary Burford  Passes On
Scroll to top