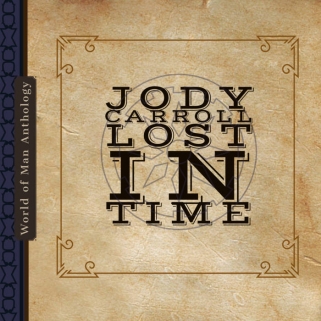 Jody Carroll’s three-volume compilation, World of Man Anthology, is an impressive masterclass in the basics of American music. It’s rare that such a large project can capture so much magic, especially considering they were all recorded within little more than a month and released simultaneously. If this was a career’s worth of music being compiled it would be a treasure trove worthy of a lifetime’s recognition. But it is not, Carroll has been quite prolific, releasing music regularly, all of it over-the-top exceptional. It is a testimony of his talent, imaginative creativity and his knowledge of music history, be it blues, folk or various forms of roots, that make up the huge cauldron behind his repertoire.

The majority of the input of the three albums are his own original material, with a few traditionals and covers offered on the first disc. Almost all of it is recorded acoustically, with the exception being “Burning Hell.” The song’s fuzzy overtones on both his instrument and the recording of his voice bring to mind the rawness of North Mississippi Hill Country music from the likes of Junior Kimbrough or RL Burnside.

Carroll’s playing rivals any of the bygone masters. His vocals are immediately recognizable. Flat out, he is an overlooked genius when it comes to songwriting and performing. Easily one of the very best of his time.