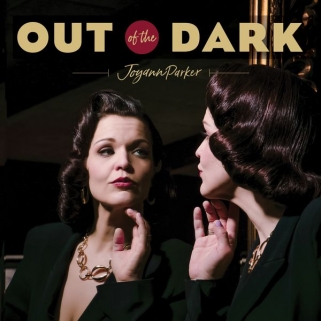 Out of the Dark
Hopeless Romantic Records

Minneaapolis-based Joyann Parker releases her first disc in three years with the outstanding Out of the Dark. She is backed by her talented band that includes Tim Wick on keys, Brad Schaefer on bass and Bill Golden on drums, plus her songwriting partner, guitarist Mark Lamoine, with whom she penned all 11 pieces.

If you haven’t yet heard Joyann Parker, prepare yourself for an incredible vocalist who soars with a beauty and determination stretching her voice to peaks very few can find.

Standout guest performances include harmonica on “Bad Version of Myself” handled by Rory Hoffman, and the twin guitars of Lamoine taking on acoustic alongside the slide work of Paul Mayasich on “Either Way.” Throughout the album Parker enhances her work with a variety of approaches with background vocalists, horns and even strings on a couple of tracks. They can come across funky, rockin’ or jazzy, but definitely it’s the blues.

The recording of Out of the Blue began more than a year ago, but like so many others they were sidelined in finishing things up right away as the pandemic took hold of the world. It allowed her to rework a number of parts, making them just right, and the extra time paid off with a collection of very expressive and strong songs to work with. The release coming a year later than expected is a perfect example of how some things worked out for the better. This is an album that brings to the forefront a vocalist of world-class proportions and sounds better with every spin on the player. Check it out!

Harvey Brindell – Pennies on the Dollar!
Scroll to top