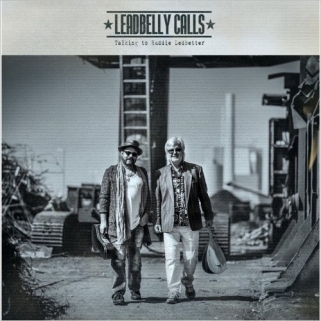 German musicians Timo Gross and Adax Dorsam share a fond love for the legendary American folk and blues artist Lead Belly. Joining with a band, they have created quite the unique take on a dozen of the master’s songs, which often utilize non-traditional instruments with the blues, such as sitar, saz, charango and jaw harp. It brings about contemporary readings while still maintaining their original Old World feel.  It mixes traditional takes on tracks mixed with more modern readings, using formats like electronic, country and rock approaches mixed slyly with the blues for a heavily listenable delivery.

The album opens with an intense biographical reading of who Lead Belly was. That is followed by a rambunctious take on “Black Betty” that may lean more toward Ram Jam’s or Larkin Poe’s versions. Yet it still sounds entirely original and takes on Lead Belly’s feel behind the number. “Cottonfields” is up next and includes a bit of country-styled guitar work. “Where Did You Sleep” (aka “In the Pines”) is one of Lead Belly’s most haunting numbers, and comes across exactly as such, even with sitar filling that sounds quite like a mandolin here. The album continues with a number of Lead Belly’s most known songs, including “Midnight Special,” “Goodnight Irene” and “The Gallis Pole.” Each has their own take that is fresh and alive.

Timo Gross is known for his vocal delivery and his guitar work. Adax Dorsam is an exceptional producer and composer who has worked on various artists’ material in Europe along with his own and is a master of multiple instruments.

Leadbelly Calls is a terrific collaboration bringing the works of Lead Belly that have long been in the repertoire of many artists since he first recorded them back in the 1930s and on. But these takes are not time-worn, they’re exceptional and ear catching. This is a tribute that is a knockout and one that is going to garner a lot of new fans not only to Lead Belly, but to these two German artists on an international level, too. Very highly recommended.

Joyann Parker – Out of the Dark
Scroll to top