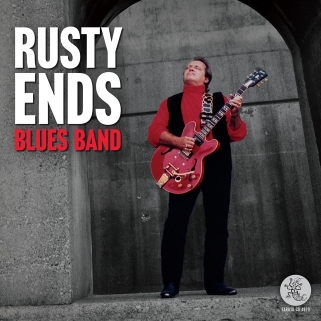 There is something timeless about blues music, and that’s one of the reasons we are drawn to it like moths to a flame.

First impressions upon listening to this album were immediately of James Harman or Little Charlie and the Nightcats. This is traditional guitar-and harmonica-fueled blues driven by Rusty Ends and Jim Rosen respectively. Curious as to why this recording had such an authentic old-school sound? It’s explained by reading the liner notes. This album was made in 1996 when the aforementioned artists were at their peak. An unfortunately timed release, coincided with a record label folding, is why we are only hearing this music now. Don’t let that discourage you from giving it a listen, because although it may now officially be a period piece, that’s part of what makes it so enjoyable.

“High Powered Loving Man,” “Secrets in the Street,” and the New Orleans-inspired “High Beams are my standout tracks. Always blues-oriented, there is still a variety of feels on this album, from snappy shuffles to stoner reggae.

Louisville, Ky., is home to Ends and his band, an area that geographically isn’t really part of the South, Midwest or East Coast, but floats somewhere in between. There is a little of everything, as Ends himself puts it, “….Kentucky burgoo is just a soup or a stew that they just throw everybody in it. They throw in rabbit. They throw in squirrel. They throw in groundhog. And that’s what our music is.”

Well put, sir. This album mixes blues with all kinds of roots, and it’s had some time to simmer nicely.

Notice of Officer Election and Update to Bylaws
Scroll to top