You are here: Home1 / CD Review2 / Too Slim and The Taildraggers 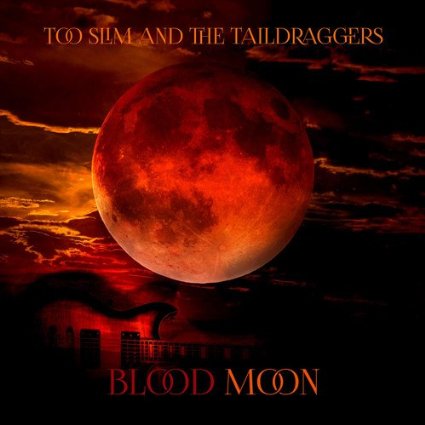 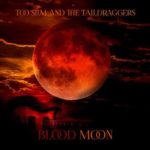 Over the length of his career, Tim “Too Slim” Langford has delivered us with a multitude of directions he’s pursued on the guitar. Whether it’s slide, swampy, rockin’, psychedelic, acoustic, or back porch country blues, he delivers all in the same splendid fashion that keeps our ears in tune. Now I have heard over the years that he sounds just like this guitarist or that guitarist. Pointing to one person sounding like another is a bit easy at times to do. But perhaps that is because Langford can be so chameleon-like and possesses the skills of his craft to come across exactly in any direction he wishes. They say that imitation is a form of flattery. But just wait a minute, maybe it’s those other guitarists who are trying to sound like Langford.

Case in point, just take a look at the most recent recordings of the Too Slim and The Taildraggers discography. This past decade has seen great releases, from Fortune Teller, Free Your Mind, Shiver, Broken Halo, and Blue Heart, with the band jumping across many musical pathways. Each of them are awesomely fantastic with directions showing so clearly and true. It’s as if they keep reinventing themselves and get better every time out. If that’s possible for a band that has brought home the goodies every time already.

Underworld Records has just released Blood Moon. It is the band’s nineteenth recording. And guess what? It is another exemplary collection of enchanting tales with descriptive lyrics that set you on the edge of your seat. And these stories truly do capture your mind. The onset of death is prevalent on “My Body”(“don’t want no wood box wrapped around my bones”). There’s the “Gypsy” who cast her spell causing our hero to fall in love with her. And the traits of the most despicable of people noted in “Evil Mind” who just want you to fail or to be looked down upon for their own pleasure. The humor behind the man waiting for his baby to get ready to go out on the town, but she keeps him waiting and waiting in “Get Your Goin’ Out On.” But in the end he thanks his friends for being there in a “Letter” and after years of traveling and playing around the globe it just does work out sometimes that “Good Guys Win.”

Blood Moon is another masterful recording for Too Slim & The Taildraggers. Musically and lyrically this disc has it happening. So “come on giddy up giddy up giddy up” and get out and pick up your copy of Blood Moon right away. It’s going to make want to you play a little air guitar along with a smile on your face all day long! Fun indeed!